Archbishop Jakubinyi György participated in the ceremony
On the evening of Sunday, 15 November, the Archbishop of Alba Iulia and Cibian Miklós, the pastor of Hungarians in France, have concelebrated in the remembrance Mass for the victims of the terrorist attacks on Friday night, presided over by the Archbishop of Paris, Cardinal Andre Vingt-Trois. The Notre Dame bells tolled a death knell as final farewell to the victims of the terrorist attacks, citizens of 19 countries. A large number of people would have liked to get into Notre Dame to attend the ceremony, many of them, who do not usually attend the mass – reported Cibian Miklós for Magyar Kurír. 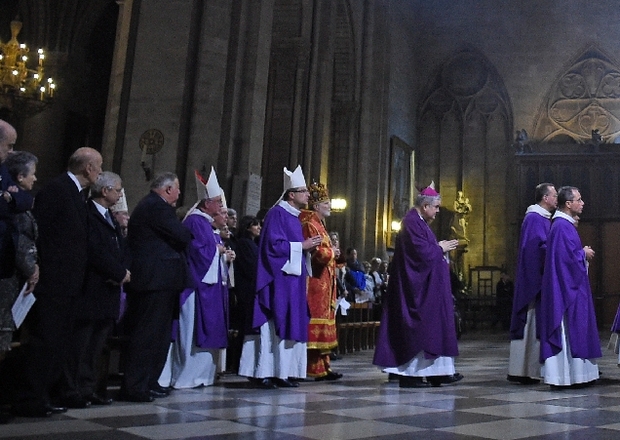 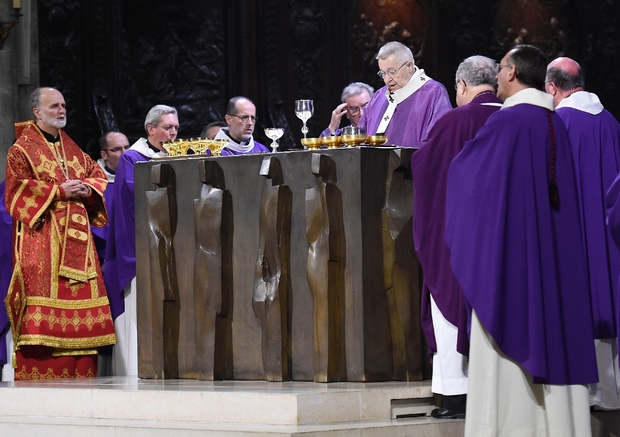 According to the report of the Italian Catholic News Agency SIR, the President of the Senate and the of National Assembly; Mrs. Anne Hidalgo, Mayor of Paris; the former President of the Republic, Valéry Giscard d'Estaing, as well as representatives of religious denominations were present at the ceremony. The Holy Father's message was read out by Archbishop Luigi Ventura, apostolic nuncio.
Archbishop Jakubinyi György arrived in the French capital just on the day of the attacks, invited by the Hungarians Catholics, to preside over the patronal festival of the parish church dedicated to St. Elisabeth of Hungary, and also to attend other programs, some of which were cancelled on account of the special situation, which has been created. Thus, the Saturday's Conference of Archbishop Jakubinyi and the manufacture of advent wreaths, planned for Sunday were cancelled, because the authorities have banned meetings, Cardinal André Vingt-Trois joined this measure through his appeal.
On Friday night to Saturday, a vigil of prayer was held spontaneously at the Hungarian pastoral office in Paris: those present have prayed the Rosary in memory of the victims and joined the civil initiative: Light a candle in your window! – Magyar Kurír recounts.
Magyar Kurír/Vasárnap
Photo: laprovence.com