Restitution of Batthyaneum Library Was Denied

The Archdiocese will submit an appeal against the verdict
The Restitution Commission operating in subordination of Romania's Government dismissed the restitution of the Batthyaneum Library and Astronomical Observatory in Alba Iulia to the Roman Catholic Archdiocese of Alba Iulia. The decision of the Commission was taken on 16 September, but the Archdiocese was notified only recently. 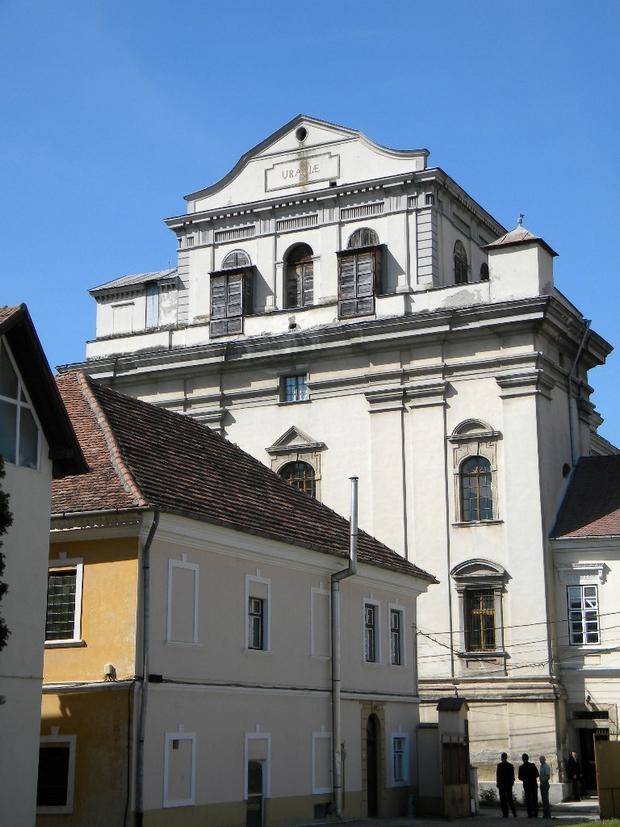 The now rejected request was sent in by the Archdiocese in February 2003, on the basis of the Government Emergency Ordinance No. 94/2000 (subsequently repeatedly completed, then legislated) which stipulated the restitution of movable and immovable confiscated church property. The Commission justified its decision with the allegation that the Roman Catholic Archdiocese of Alba Iulia that made the request, is not identical with the Roman Catholic Institute of Astronomy (Csillagda) in the land register.
Komáromi Attila, the legal adviser of the Roman Catholic Archdiocese of Alba Iulia, related to the hebdomadal Vasárnap: in 1798, when Bishop Ignác Batthyányi founded his famous library and observatory, it was registered as a cultural foundation, under the above mentioned name. In 1949, the foundation ceased to exist, its assets were nationalized, so it does not currently exist, because it had no continuity. The Archdiocese could not request the restoration of the building and assets in the name of the foundation. The legal adviser confirmed that the Archdiocese will appeal the decision, seeking resolution in court.
In 2012 the ECHR has obliged the State to pay a compensation of 25,000 euro, as it has not returned the Batthyaneum Library, confiscated during communism, to the Archdiocese. In 1998 the Government restituted the Batthyaneum Library to the Church through an emergency ordinance, but a de facto restitution never happened.
The Organization from Alba of the still governing Social Democratic Party (PSD) tried to figure out how to prevent the restitution. In the first and in the second instance the Court and after that the County Court rejected the request of the social democrats. In 2003 the Court of Appeal from Alba Iulia, referring to the fact that the Bishop Ignác Batthyányi appointed the Church and Transylvania as the testamentary heirs of Batthyaneum Library, which was already established at the time; and because now Transylvania is part of Romania, therefore the library belongs to Romania, so the decisions thus far were annulled and the restitution denied the by a definitive sentence, negating the Government restitution order.
The 1998 Government Ordinance only stipulates restitution of buildings, the Government Emergency Ordinance of 2000, then a law from 2002 stipulates the restitution of confiscated assets along with the buildings. The Commission rejected the request for restitution submitted now, on the basis of the Government Emergency Ordinance.
The Batthyaneum Library in Alba Iulia holds inestimable cultural, scientific and bibliophile values. About 80 percent of the medieval codices of foreign provenance, in collections from Romania (books manuscripts) are here. Among these is also the Codex Aureus, written in gold ink, ordered by Charlemagne in the 9th century and acquired in 1782 along with other books by Batthyányi Ignác, from the Archbishop of Vienna Christoforo Migazzi. Only the first part of the original codex, the richly illustrated Gospels of Matthew and Mark, is at Batthyaneum. The second part, containing the Gospels of Luke and John, is the property of the Vatican, and the covers with ivory reliefs are preserved in Rome and in London. Alongside the vast collection of the codices, a significant part of the incunabula held in Romania can be found here. More than 60 thousand volumes, of which approximately 45 thousand are unique or rarities, were printed in XVI-XVII centuries in major publishing houses in Europe. There are over 17 thousand of documents, left in Transylvania after the separation from 1882, originating from the Convent of Cluj-Mănăștur the Archive of the Chapter from Alba Iulia and containing information relating to the medieval history of Transylvania. Numerous manuscripts of personalities of the Church and public life, of the that time, are also kept in the library. We find here in a collection of sermons in Latin, of Franciscan origin, the Codex of Alba Iulia, the third oldest Hungarian text, Gyulafehérvári Sorok (Lines of Alba Iulia). Here can be found also the Old Testament from Orăștie (known as Palia de la Orăștie), as well as the first partial translation of the Old Testament into Romanian, printed at the end of the 16th century. One the six known copies of the book is kept in the Batthyaneum Library.
Visiting the library, and the Research Fund is possible only with the written consent of the leadership of the National Library of Romania.
Fábián Róbert /Vasárnap
Photo: Bodó Márta