In the context of the protest in Târgu Mureș, from 6 September 2017, initiated by the Roman-Catholic Status Foundation, we asked the competent authorities to ensure the functioning of our denominational school in compliance with the legal framework. We have expressed confidence that the Government cannot ignore this repeatedly expressed collective wish, that requires the existence of a Roman Catholic Theological High School in Târgu Mureș.
Monday, September 11, the bell will ring for the beginning of a new school year. We should rejoice that our students – whose interest is the priority for us – will have a place to learn. Our joy, however, is overshadowed by the information published in the press, that they will not start the school year as students of the Roman Catholic Theological High School in Târgu Mureș. The school that awaits them in its desks is not the one they have freely chosen. Thus, the rights of these students are fundamentally harmed, both in terms of the Code of Canon Law and the Civil Law.
On the proposal of the Ministry of Education, ISJ Mureș has assigned the classes of the school to the Lyceum "Bolyai Farkas" not as a structure, but only as classes. Thus, referring to the Decision No. 1385/2015, suspended by the Court, ISJ Mureș has disbanded our Catholic school. With this measure, the ISJ Mureș only fulfilled his legal duty to ensure education for the students. Our request has not been resolved. Only the basic right of our children to attend a school was not harmed. It was harmed the right of parents and children to freely choose a school, specifically by prohibiting enrollment in the starting classes for each cycle by decision No. 70/2017 of ISJ Mureș, meanwhile cancelled by the Court. The Ministry of Education and ISJ Mureș made no attempt to consider the declarations of intent and the memorandum of the 114 desperate parents to enroll their children in a Roman Catholic Theological High School.
Due to a lack of professionalism and ignoring human rights we got in this situation. Because of this, our Church, our children, their parents and the entire community suffer. If the State had intended this abusive and abnormal situation to be just a temporary one, hopefully it won't last long. If there are legal issues to be clarified, this must be done expeditiously. We are partners in the search for a legal solution, we do not leave alone those who opted for the Catholic school. It is precisely for this reason, we strongly urge not to consider that this situation has been resolved. As we have expressed repeatedly, the Catholic school must operate in the building, which is owned by the Roman Catholic Church. If this is not possible, then the lease signed with the local authorities shall lose its validity, which may not be in anyone's interest.
According to the desire of the faithful in Târgu Mureș, which was manifested in multiple forms, we cannot waive and shall not waive the wish to have a Roman-Catholic Theological High School in Târgu Mureș.
Cluj-Napoca, 9 September 2017
Dr. György Jakubinyi, Archbishop
President
Dr. László Holló
Chairman of the Governing Board 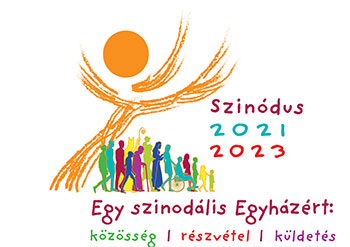